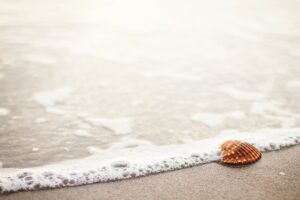 My husband Peter and I had a long conversation about what to do with our dead bodies after we’re gone. After losing Peter’s mother last year, and his step mom just a few weeks ago after two grueling weeks of pain and suffering that I will not detail here, we decided it was time for THAT discussion.

During our conversation, I realized that it really didn’t matter at all what MY wishes were. Because isn’t it really about the living that matters? After all, once our souls have passed, we—our souls, that is—don’t really care what happens to the matter that once was our bodies.

We decided it wasn’t really about us. Peter told me that his dad made the decision to have Joanne buried, even though she requested in life to be cremated. But his decision was based on the fact that he wanted to visit her grave and have a place to sit and know that her remains were in the ground—I get that.

I DESPISE the Catholic tradition. Although… is there some part of me that needs it? Or wants it? Do I need the tradition of kneeling, and praying and making the sign of the cross, and taking communion? ---and having a receiving line (ugh)? For the life of me, I can’t fathom why—is it real, or is it Memorex? I respect that people need this. But it is my wish NOT to have this—and please forgive my bluntness—barbaric service, done for me when I die. “I want to be scattered in the ocean,” I told Peter. “I don’t want the pomp and circumstance; I don’t want the wake and the funeral… I definitely DO NOT want my dead body on display for a service.”

I’d like to think my remains would be scattered in the beautiful ocean—any ocean—where I feel I belong—like in the movie “Big Fish”—I want to live among the living sea where I feel most comfortable. But again, that really doesn’t matter at all, does it? I think of Peter’s dad who wants to sit at Joanne’s grave and bring flowers and kneel and pray—bringing him comfort—thinking he’s there feeling her presence—and probably is. And then I remember that death isn’t about the dead—it’s about the living. It’s about how we—the living—feel and grieve.

I have only been to my mother’s grave maybe twice in the 25 years she’s been gone. Why? Because for me, Mom lives on forever in my heart—she will never be in a grave barren in the ground.

I know it doesn’t matter where my remains end up. All that matters is the people left behind—which is why the clean up and services are left to us—but make no mistake—our loved ones are always in our hearts regardless of #what we do with their earthly remains.

2 thoughts on “Souls of the Living –Grieving-our-loved-ones”