It is Dorothy’s hope that she can share her journey with those having gone through similar ordeals so they might learn that forgiveness truly is divine, and along with it comes peace. 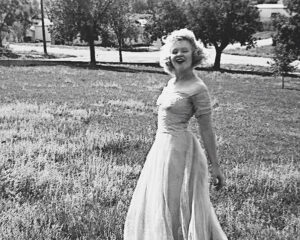 GETTING OFF THE RADIATOR

A Story of Shame, Guilt, and Forgiveness

Most disadvantaged children don’t end up on television—but this isn’t your typical story of rejection, abandonment, and dysfunction.

As a six-year-old child, the shame of standing in a welfare line was lost on me. Not on my sister Beth, who was two-and-a-half years my senior. It wasn’t until our best friends were banned from playing with us—and a local newsman broadcast a scathing editorial about our family—that I felt shame.

Mom tried desperately to keep everything the same after Dad left, abandoning her and all seven of us kids. With no financial support, however, Mom was forced to go on welfare and rent out rooms in the 28-room mansion we lived in.

The house was a character in its own right, with a pulse beating to the rhythm of Mom. We were living a life of adventure in a twisted fairy tale, with Mom playing the glamorous ingénue.

Our home became known as a party house where underage kids could come and party freely. Mom was a drunk and the mansion became infested with roaches, drug abusers, alcoholics, hippies, thieves, and perverts.

I can still see Sister Ann’s blistering face, wagging her finger at me, “Shame, shame, shame, all over your face.”

I wore that shame, like a cloak. It drove my need to be invisible and angry, and to retreat into myself. I grappled for years trying to reconcile my issues with my mother and with men, throwing myself into one toxic relationship after another, thinking each one was the best Band-Aid to my woes. I needed desperately to be liked and accepted but I was so busy being angry with my parents that I didn’t realize I was walking in their footsteps.

I’m not the only one.

That’s why I wrote this book.

Too many of us (especially women) are cloaked in shame and suffer from insecurities, low self-esteem, anger, fear, and anxiety just to name a few. Women of all ages are faced with inordinate pressure to do what’s expected of them. Young women are especially vulnerable to the expectations of society and those in the media—who, too often, promote that you must be beautiful and popular to be accepted.

Deciding to share the intimate and painful memories of my life with strangers wasn’t easy, but it’s my hope that, in the end, you’ll identify with my plight and it will help heal your wounds.

Forgiveness isn’t just for those who hurt us.

It’s mostly for ourselves.

The Preston Manor is for men and women of all ages seeking inspiration, insight, and support to fight self-doubt, become stronger, and make peace with their past. It will have even deeper meaning for: women; those who grew up in dysfunctional or broken homes; the staggering 43% of the U.S. adult population, according to the National Association for Children of Alcoholics, which has been exposed to alcoholism in the family; and the baby boomer generation—who changed the world in profound ways, growing up during the 60’s and 70’s—a time of free love and independence. While this memoir is about my personal experience and transformation, it’s also meant to be a support for others hoping to find their way.

I despised my mother as a teen, but, as I blossomed into a woman, I began to see life through her eyes and grew to admire her for all she had overcome and for all she had taught me. In that sense, this book is also the triumphant story of a strong woman who was ahead of her time. In the end, she rose above it all, and love, loyalty, and forgiveness were her saving graces—a testament her eulogy supported.

Sometimes we learn our most valuable lessons when faced with challenging situations, if we allow it. That’s what makes us who we are and what makes us rise up and become better people. That’s what I’ve tried to do by living, and reliving, my story.

I hope it helps you do the same.